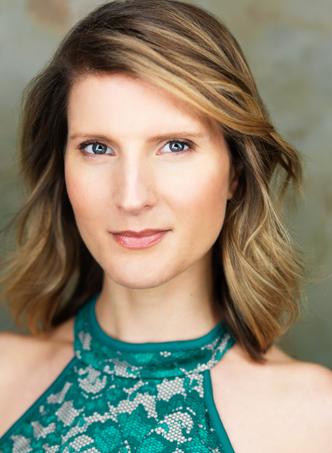 A theatrical career seemed somewhat inevitable for Katie. As one of 5 kids in a chaotic North London family, with weekends spent learning to stilt-walk, juggle, and defend against relentless water-balloon attacks, a children's choir opened up early career possibilities when cast in multiple productions at prestigious venues including the Royal National Theatre, Royal Albert Hall, and English National Opera.  Having recently retired a brilliant touring Shakespeare company (The Medieval Players), her parents begged them to do anything else. Alas no. She rustled up multiple plays, music videos, pop groups, and questionable indie films during teenhood, sang over drum 'n' bass in parties and raves, played festivals, hitch-hiked to Glastonbury, got into a whole lot of trouble, found a whole lot of light, paid for travel to auditions by working in a bakery, a pub, and a holistic health centre (discovering all things woo woo wacky, intuitive and vegan - still a fan), selling magic tricks, touring elderly homes, and babysitting. Places of study included Mountview Theatre School, Greasepaint Rep, Trinity Music School, and ENO's The Knack in London. Later, her training culminated in a Post Grad(MFA) in Music Theatre at The Royal Academy of Music, alongside a voice-teaching qualification and through which she booked a big West End show days before graduating, The Sound of Music. Finally legit. And grown up. Slightly. She moved to America as soon as her contract was up, to connect with her American roots (grandmother born and raised in New York) and follow insistent intuition. A thrilling decade of Shaw, Wilde, Austen, Shakespeare and British farce followed at notable Regional and Off Broadway Theatre's, with tv/film and voice/dialect-coaching mixed in when staying put for long enough. Katie made her Broadway debut in Martin McDonagh's Hangmen a month before Covid shut it down. Twice. This placed parenting her now 5 year old to the forefront for a while.

Katie has spent a lot of time working with kids, as a performer, chaperone, nanny, fun aunt, ally, and now parent, and is able to captivate childlike energy in voice, being and mentality, meaning she still occasionally plays teens/kids in Theatre, Voice overs and video-games. However, some people consider her an actual grown up. And a very old soul. Also an intuitive coach/healer, she occasionally channels dead celebrities (and far-off galactic entities) for fun and guidance. They give great advice.

She studied Improv at UCB, performed sketch with Pirate Sugar, and Stand up across NY and LA, taught herself guitar and Ukulele (with help), produced web-series for the original Funnyordie.com, and wrote 2 Solo-shows for the Solocom festival at The Pit NYC, consisting of overly honest comedic songs that can be found on Youtube.